From 16th to 18th of March Berlin will be hosting the biggest floorball event ever taken place on German grounds. The Floorball Final4, a vivid composition of exciting cup matches (male and female semis on Saturday, finals on Sunday) framed with a broad program of workshops, youth competitions, fun tournaments and a lot more (Pub Quiz, Speaker's Corner, Penalty Championship). 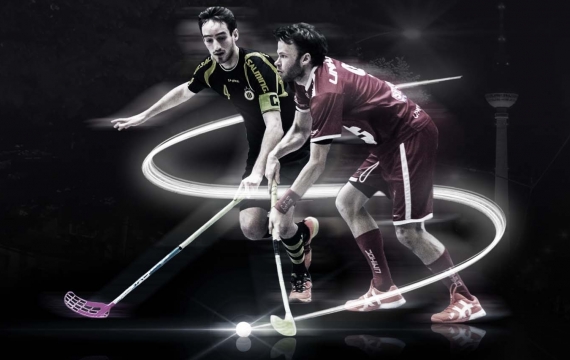 Hosting this event in Berlin is not only a very ambitious enterprise, it's also a great chance. Ambitious, because the German capital is home to more than 130 elite teams in various sports, including basketball, handball, volleyball, ice-hockey and of course football. There is hardly a tougher local competition than here. But there's also a great chance, as this city is kind of a magnifying glas. If you make it here, the echo sounds all over the country.

Under the patronage of the Swedish Embassy the event is being organised by the German Floorball Federation (Floorball Deutschland) together with the regional Floorball Federation of Berlin-Brandenburg (FVBB) and the local Bundesliga club of BAT Berlin. As the co-organizer BAT Berlin is seeded into the semis of the male competition. In 2017 the team reached the cup final against the German Champion Weissenfels, came back from a 0:4, but lost in overtime 5:6.

All cup matches will take place in the historical Sömmeringhalle. Therefore the goal is not only to boost the national and regional development of floorball in general, but also to set a new attendance record by welcoming more than 2000 visitors to the final games. Because of that, for the first time, the event also aims at foreign floorball fans. Tickets to Berlin are cheap and easy to get, accommodation as well. A great occasion to discover one of the worlds most vibrant metropoles and enjoy some gourmet floorball show off the usual scandinavian, swiss or czech floorball paths.