WFC 2016 Golden Shoe winner Peter Kotilainen publishes an Instagram post to announce he's leaving Happee for a foreign club. Swedish FBC Kalmarsund chairman then tells press why they would not sign Kotilainen after all. Kotilainen and his agent claim the Swedes had agreed for contract terms to then step back with a new offer. Where Kotilainen is to play remains open at the moment. 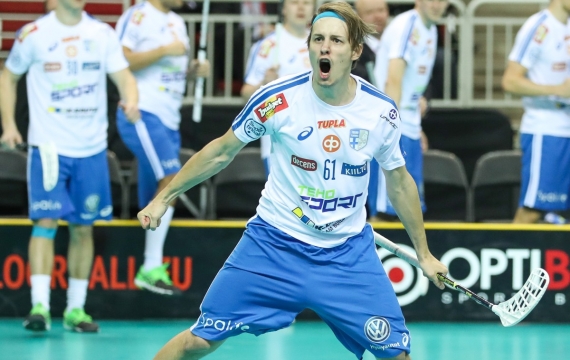 Peter Kotilainens club for the next season? We don't know yet. (Picture: Erwin Keller)

Kotilainen's case, closely followed by Finnish website Pääkallo.fi has been the most entertaining part of Finland's silly season this far. Having pulled back from the deal, Kalmarsund chairman Per Viberg said Finnish players, though skilled with the ball, are not that good tactically. He also said Peter Kotilainen would have cost the club more than a Swedish national team player as such would get paid about 30'000 euros for a season but Kotilainen wanted substantially more.

And that Kotilainen not speaking Swedish at all and very little English were a problem for the club as well. In an interview for Pääkallo.fi his agent Nisse Huttunen said he had told Kalmarsund Kotilainen spoke no Swedish but would get along in English and would learn more. Later, Kotilainen posted a text on Instagram where he jokingly said he only speaks Finnish and not even that always that well.

Peter Kotilainen and his agent implied they had proof to show a binding contract with Kalmarsund had been agreed on but they would not pursue to argue the case further.

Nico Salo returning to Finland
In the world of confirmed transfers, there seems to be no stopping Classic on their way to a fourth straight Finnish title. Head coach Petteri Nykky taking over the national team full-time had to give up his post at the club but his lieutenant Samu Kuitunen will take over as their new boss assisted by Juha Jäntti. Classic will be even stronger with Nico Salo returning home from Swedish FC Helsingborg. He left for Sweden as quite a hot prospect but like many other Finnish stars, failed to make a proper breakthrough.

There will be losses for Classic, too, as there are some familiar names missing from their fresh team list. Joona Rantala will be moving on to local concurrent Nokian KrP, Lassi Vänttinen seems to be retiring and Asser Jääskeläinen was only mentioned as Classic Academy's new ambassador in Singapore.

Things do not look as good for Classic's Superfinale opponent Happee even if Peter Kotilainen might choose to stay.  Mikko Immonen from Kloten is their only new signing this far with scorer Veli-Matti Hynynen retiring and Jonne Junkkarinen joining Floorball Köniz and Janne Hoikkanen joining TPS Turku. Happee have been proud to announce their players represent the club for not money but being a part of the community and that does not seem to change as local press revealed Happee is one of the many sports clubs that owe the city of Jyväskylä a lot of money for unpaid arena rent. Happee is said to be back for 62'000 euros.

Swiss twist in Turku
World champion Miko Kailiala's transfer from EräViikingit back to his native Turku underlines the talk where his old and new club TPS is mentioned even as a possible finalist and EräViikingit as a team in decline.  TPS has indeed getting more than Kailiala's booming bass voice whose strong west coast dialect always sounded out of place in Helsinki. TPS signings Mikko Hautaniemi (Rychenberg), Niklas Niiranen (Rychenberg) and Juuso Alin (Kloten) bring a strong Swiss twist and Janne Hoikkanen is one of the big names, too. 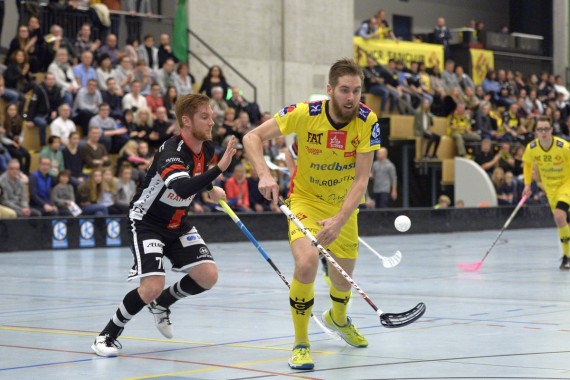 EräViikingit was the result of the fusion from Helsinki Clubs SSV and Tapanilan Erä and they seem to create both sympathy and antipathy as big clubs easily do. Their first season ended with a Superfinale defeat against Classic and this year they got eliminated in a spectacular seven-game quarter-final series by Westend Indians after losing a two-goal lead in the decisive game. EräViikingit was supposed to be one of the big ones but they have been losing their out-of-town stars back to their original clubs and young prospects gathering at LASB Lahti. To add to the misery, goalscorer Tuomas Iiskola is following coach Jyri Korsman to Köniz. EräViikingit recently got strong center Janne Hyvönen back from SalBa who were relegated but besides him, their signings have been junior players from inside the organization.

EräViikingit coach Mika Ahonen made the headlines in April as he was missing from the bench in two of their quarter-finals against Westend Indians. In an interview by Helsingin Sanomat, for years visibly overweight Ahonen openly told he had been hospitalized with various serious symptoms and diagnosed with diabetes and dangerously high blood pressure. Having been prescribed appropriate medication and taken on a new healthier diet and lifestyle he is known to be moving for better.

Big names on the market
There are still some interesting loose buts floating somewhere in the transfer market in the form of big names with unannounced destinations. One of them is Tero Tiitu who missed the Salibandyliiga season with two academic degrees and pursue for a career outside floorball. Playing only old-timers games, he still has insisted he has not retired and is tempted by WFC 2020 at home in Finland. His name regularly floats in rumours around EräViikingit and also around Classic that seems to be a good place for stars like Juha Kivilehto looking for success and good coaching. Ville Lastikka was not on the list as his club Steelers announced their squad for the coming season.

In Espoo next to Helsinki, Westend Indians finally bypassed Oilers making it all the way to the bronze medal game. the revolution might be temporary, though, as Indians lost their junior world champion Heikki Iiskola to no one else but just Oilers and also top defender Santeri Toropainen who is heading for Rychenberg. At the same time, Heikki Luukkonen's Oilers just keep getting stronger. Besides Iiskola, two other juniors' world champions coached there by Luukkonen are joining the team as Justus Kainulainen moves in from LASB and defender Antti Suomela from OLS up north. Substantial names signed by Oilers also include Kalle Keskitalo from Chur and Jani Lehtoniemi from SalBa.